Allegorithmic announced the release of Substance Painter 2019.1, a fresh version of texturing software. As stated in their blog, the spring release is full of cool new features. Some are practical, some are simply pleasing to the eye, and some are completely new.

The Substance team demonstrated a prototype of these features a few years ago. Finally, they can be tested in a new release in both the viewport and Iray. Now you can easily import displacement maps or draw in the channel of heights to literally sculpture the assets in real time.

A new Mask Compare effect makes it easy to mix and layer materials using height data. This effect works by comparing the contents of the current layer with the contents of the layers below it, similar to the Blend-if function in Photoshop. In addition to the height channel, Compare Mask also works with any other channel in the texture set.

Dynamic Strokes is a method for generating procedural brush strokes based on Substance parameters. A brush can evolve over time, swap alpha, or even generate a completely new material with each stamp.

Brushes can also depend on time, change pressure and color; do some crazy things, based on how much time has passed since you started painting. 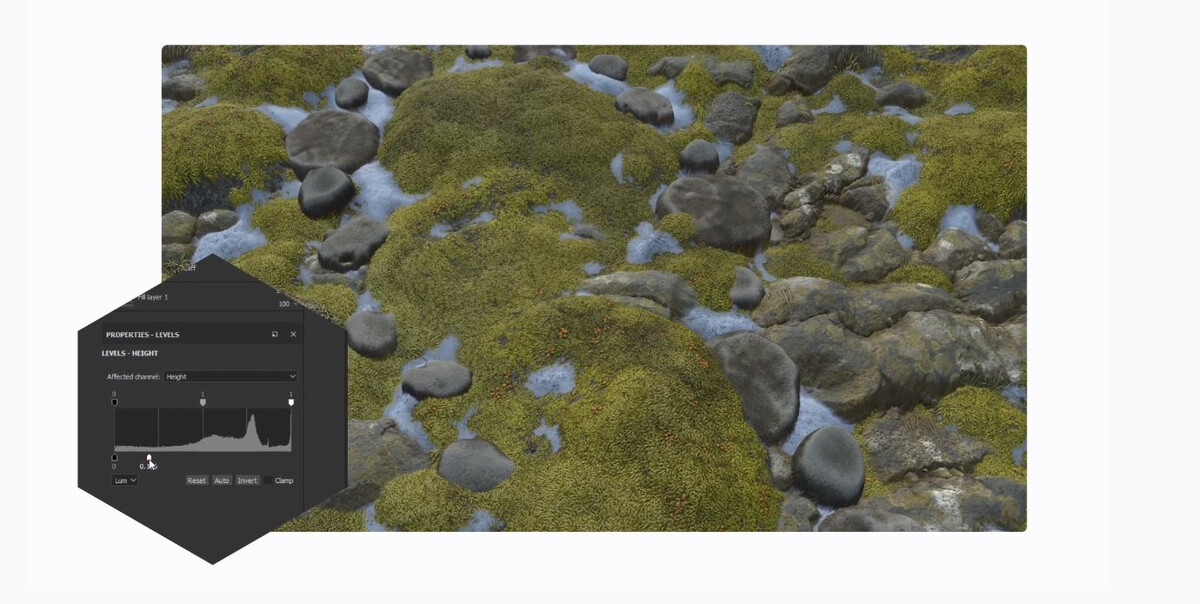 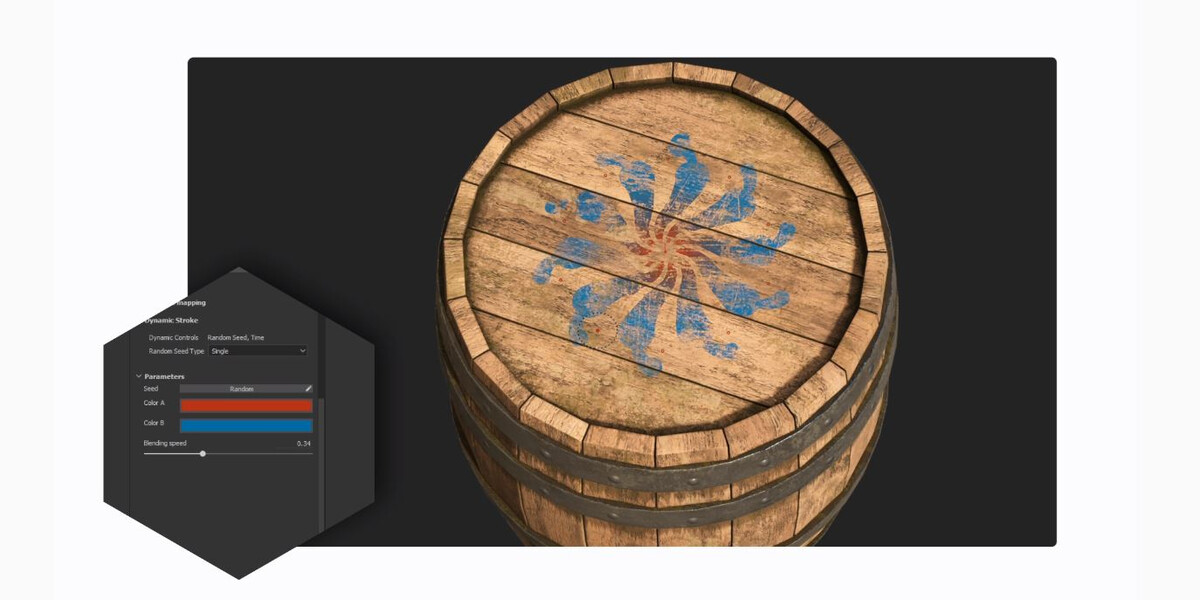 Until now, in Substance Painter, there was a choice between good old UV projection and triplanar projection to fill layers. In the latest version, two new projection modes have been added, and even more are in development. Now you can also choose between spherical and flat projection. Due to the planar projection, the Fill layer will act as a decal, and several options allow you to play with tiling, as well as how strongly decal affects geometry.

The new placement gizmo makes it very easy to move the decal to an asset: just drag it and it will automatically lock onto the surface of the mesh. The planar projection also has settings for fading parameters.

The Symmetry tool has been enhanced with the new Radial option specifically for Spirograph fans.

6. Layer Stack and Other UX Improvements

In the spring release, the Layer Stack, Texture Set and Channels list were significantly improved. The updated UI is becoming more and more like the Photoshop interface as an attempt to unify them, making it easier for users to switch from one software to another when necessary. 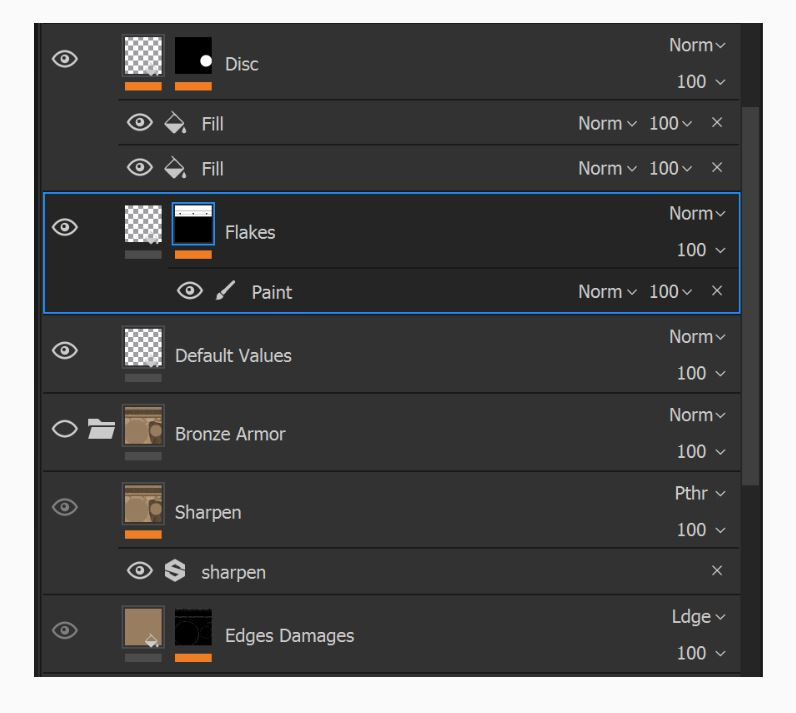 The list of channels in the properties window has been updated with a small, but undoubtedly, long-awaited addition: clicking the channel while pressing the Alt key will highlight this channel; Repeat action activates all other channels.

Finally, in addition to new instruments, a number of new effects, alpha and filters appeared.